Visitors seeking outdoor fun and natural exploration in Maine may rank Acadia National Park high on their itinerary, but don’t underestimate the sights and wonders to be discovered in the state parks. Maine state parks have much to offer, with uniquely appealing features and recreational opportunities - especially in the state’s coastal southern region. 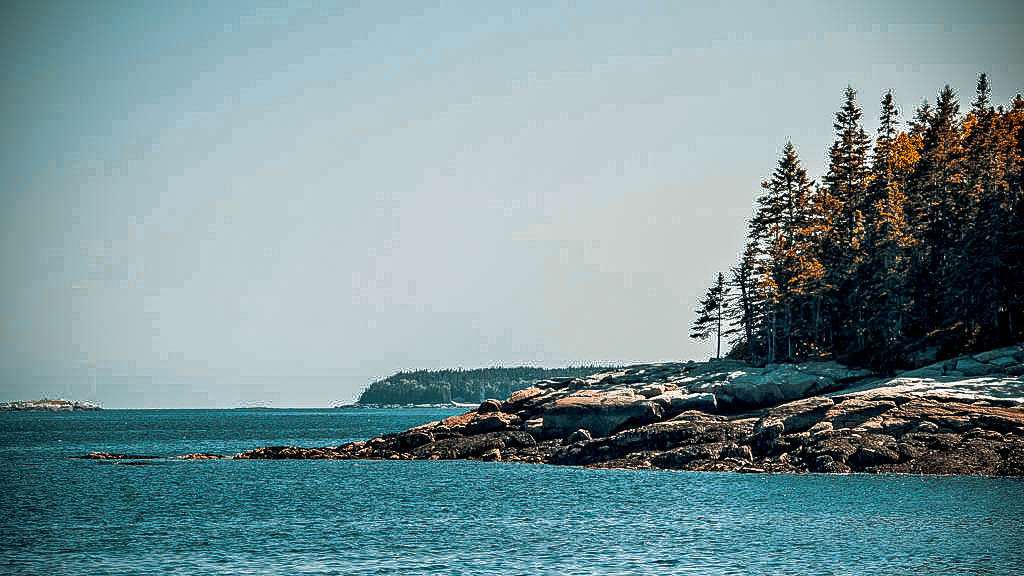 Birch Point State Park is a small but beautiful forested recreation area on Penobscot Bay in the Town of Owls Head. The park features a sandy, crescent-shaped "pocket beach" affording inspiring views of the islands throughout the Muscle Ridge Channel. Take in the bay views while enjoying a picnic on the waterfront or swimming in the gentle surf. 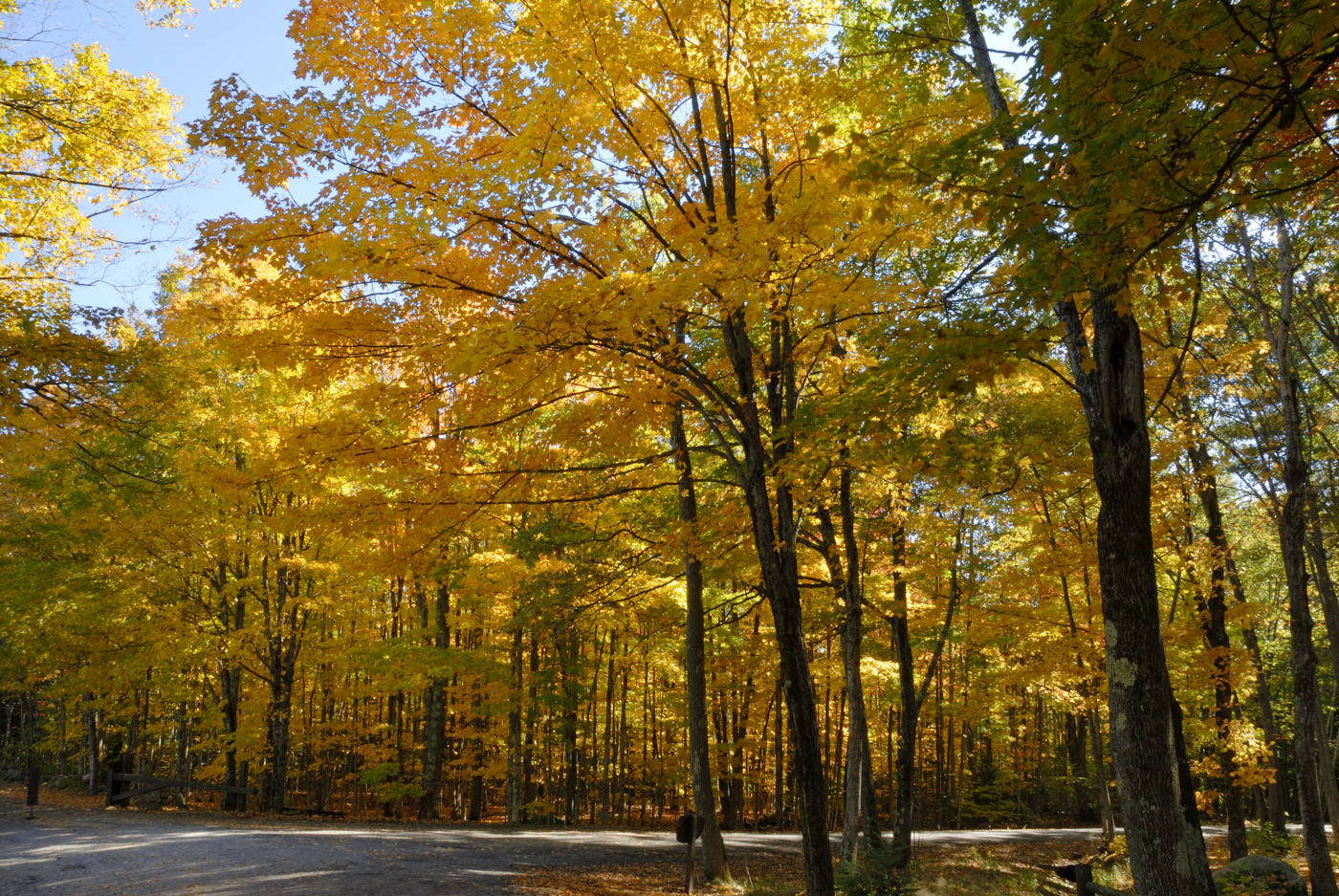 Located in Pownal, Bradbury Mountain State Park is one of Maine’s original five state parks. The park offers nearly 600 acres of thriving forestland for camping, picnicking, birding, and exploration. The dense woodlands serve as a natural habitat for migrating birds like hawks and eagles, and a vibrant canvas of color in the autumn months. Easy hiking trails lead to the summit of the park’s centerpiece mountain and namesake. At just under 500 ft. in height, Bradbury Mountain is still known to provide inspiring views. Bradbury Mountain is the only state park in Southern Maine offering trails for shared-use in horseback riding, mountain biking, and snowmobiling.

Nestled along the sandy shores of Cape Elizabeth, Crescent Beach State Park has been welcoming visitors since 1966. A favorite spot among anglers and watersports enthusiasts, the park features saltwater coves, sand dunes, and rock ledges along a mile-long stretch of beach, creating a unique setting against the tranquil ocean breezes. Warmer waters and a mild surf set the scene for great fishing, swimming, and boating on the Atlantic Ocean at Seal Cove, where an offshore island awaits.

Adjacent to Crescent Beach State Park, Kettle Cove State Park is much smaller in size, but an ideal extension of the Crescent Beach experience. Beyond beach-centric recreation, guests have access to picnic tables and grills, playground, snack bar, and a bathhouse. Hiking and nature trails allow for self-guided discovery beneath a canopy of evergreens, while the winter months bring prime conditions for cross-country skiing adventures.

Ferry Beach State Park occupies 100 acres of beachfront woodlands just 2 miles from the center of Old Orchard Beach in Saco. With miles of white sand beaches between the Saco River and Pine Point, Ferry Beach State Park is ideal for fishing, birding, picnicking, swimming, and hiking. A 1.7 mile trail network explores diverse ecosystems including a tupelo swamp, deciduous forest of oaks, and a coniferous forest of pine and hemlock trees. Guided nature walks offer greater insight into the natural wonders and habitats of the area, which is also a popular nesting site for many bird species. Ferry Beach State Park is an excellent location for cross-country skiing, snowshoeing, or ice skating at Long Pond in the winter months. 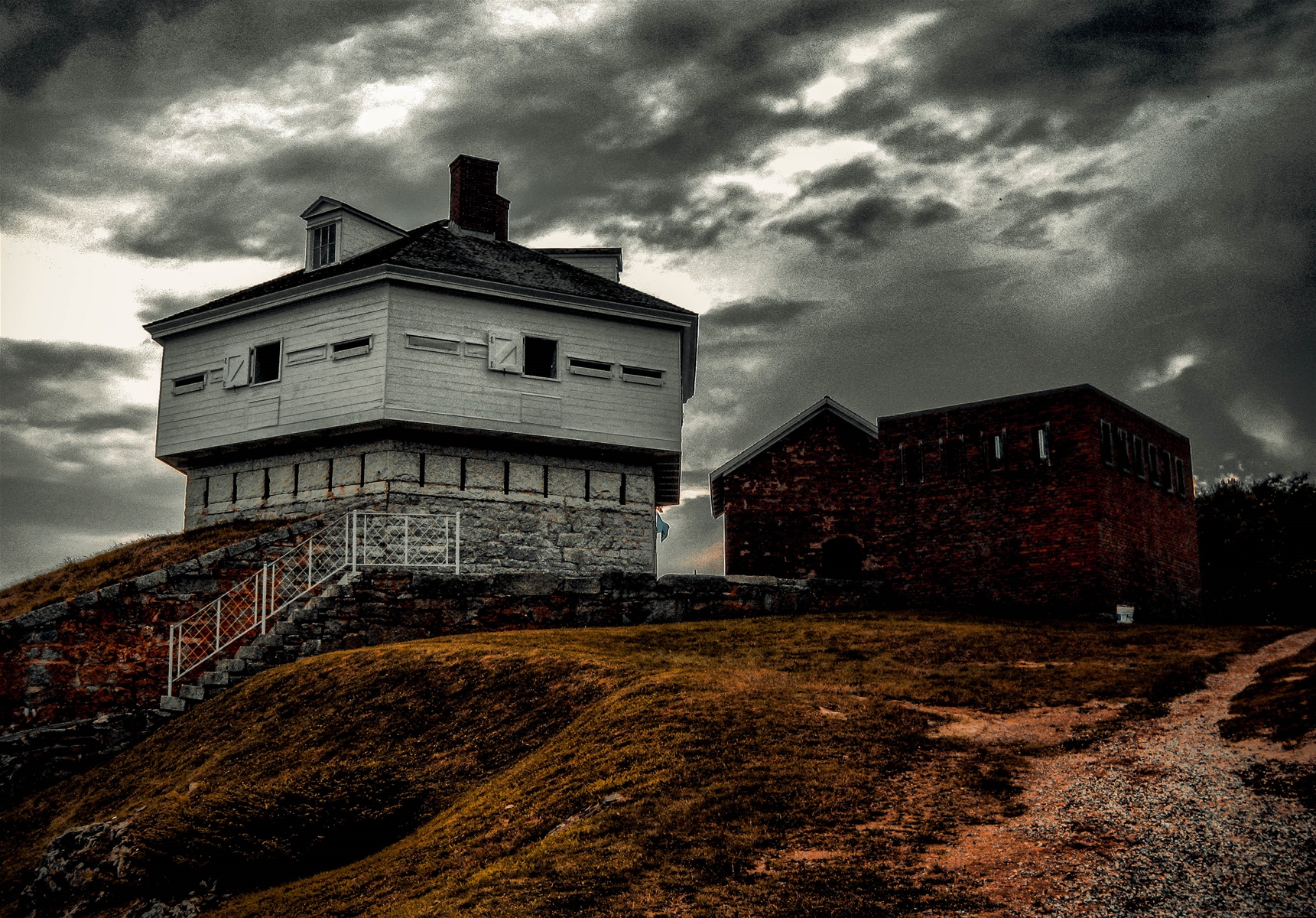 Fort McClary State Park is an historic site and former military installation defending the mouth of the Piscataqua River. The preserved fortification stood through the Revolutionary War, the War of 1812, the Civil War, the Spanish-American War, and World War I. The original fort stands alongside five other outbuildings atop a hill overlooking the Piscataqua and Portsmouth Harbor Light. Visitors can play witness to the changes in military architecture and technology represented by the centuries-old structures, including the Magazine, the Barracks, the Blockhouse, and two unfinished caponiers.

Fort Knox State Park is Maine's largest historic fort, as well as the state’s first all-granite fort, and an example of impeccable military architecture. Between 1844 - 1864, construction was ongoing at the fort, but it was never fully completed. Strategically situated on the Penobscot River to provide defense of the river valley from naval attack, Fort Knox ultimately never saw combat, but it served to house nearly 500 troops from Connecticut during the Spanish-American War. This location also serves as the entry site for the observation tower of the Penobscot Narrows Bridge.

Located on the northwest shores of scenic Lake St. George, you’ll find the state park that shares its name. The 1,017 acre lake and its numerous undeveloped islands make Lake St. George State Park a favorite family leisure area, and a hub of water-based recreation. Canoes and boats are welcome on the lake, and available for rent on-site. Fishing and bird watching are also popular pastimes at Lake St. George, where landlocked trout and salmon are quite common - as is the call of the loon! The park offers dozens of campsite, some of which are located right on the shoreline. The camping area provides picnic tables and grills, a playground, and sports courts, with hiking trails located nearby. The East Side of Lake George is where guests can locate the Alphabet Trails network of trails that are groomed in the winter for cross-country skiing. 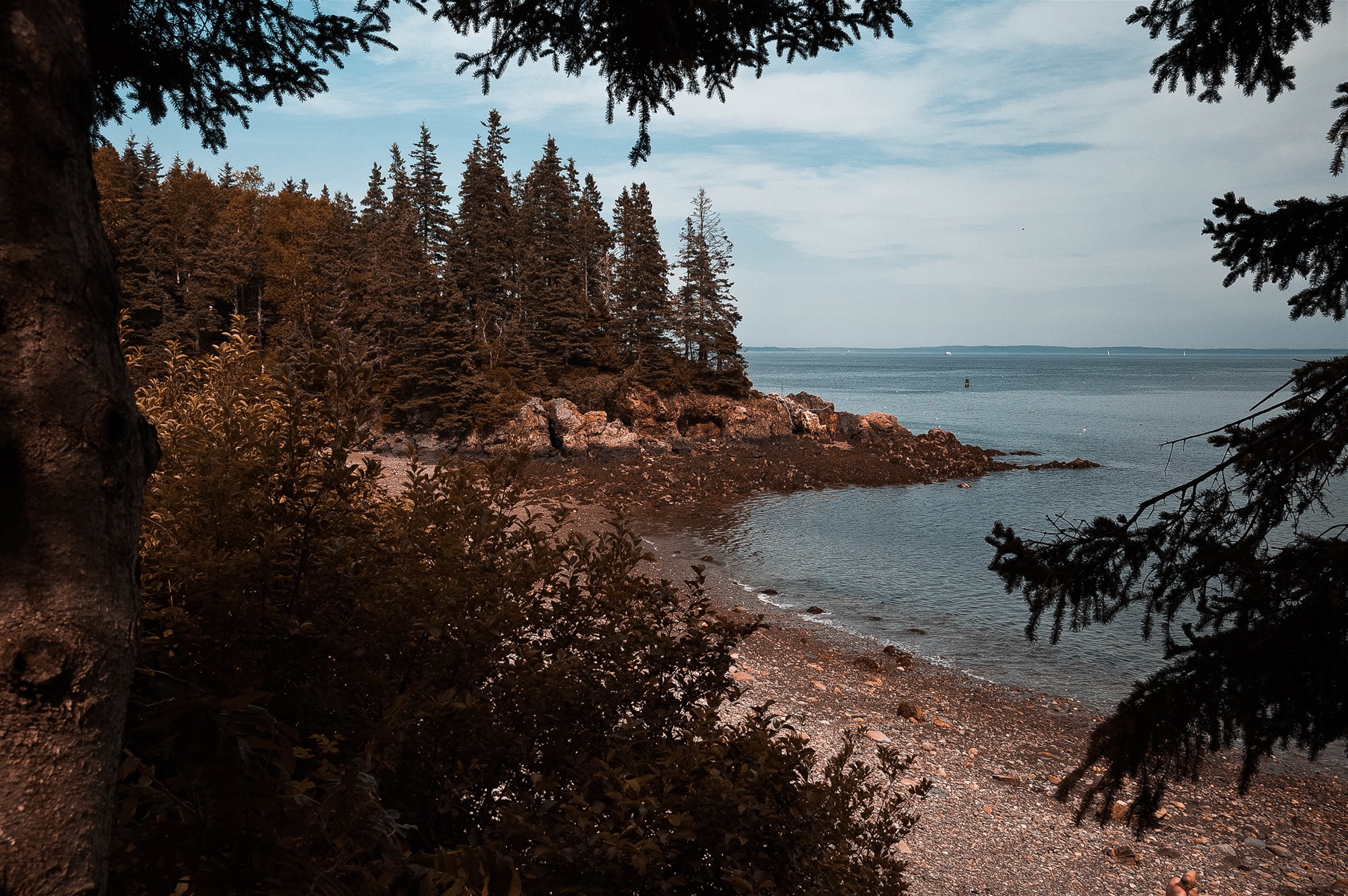 The small Owls Head State Park is a popular spot for visitors and locals alike. While the day away at the natural, rocky beach, or set out on a simple expedition along the park’s hiking trails. One trailhead splits into two separate paths - one of which travels along a gravel path beside the Penobscot Bay to the beach, while the other leads to the 30-foot tall Owls Head Lighthouse. Shoreside picnic tables are available for lunch overlooking the vast Atlantic waters. Owls Head State Park is also an ideal spot for beachcombing, photography, and wildlife viewing.

Peacock Beach State Park is a small public recreation managed by the Town of Richmond since 2010. The natural beach area offers swimming and picnicking in a lush, wooded setting.

Situated on the borders of the Kennebec and Morse Rivers, Popham Beach State Park is one of Maine’s natural wonders. The extensive span of beach sets the scene for a day of basking in the shadows of the offshore islands that guests can wade to during low tide. Surfing, swimming, and shelling are all favorite beach activities that visitors can include in a Popham Beach day. Other park activities include birdwatching, kayaking, wildlife viewing, and fishing for species like striped bass and bluefish. Popham Beach State Park sits near Fort Popham, a coastal defense fortification from the Civil War era.

Range Pond State Park welcomes visitors for waterfront fun along the sandy shores of Lower Range Pond . Enjoy swimming, fishing, picnicking, and strolling along the promenade that parallels the pond beside the beach. A public boat launch site at the end of the beach provides access for small-vessel boating. Mountain biking is available via single-track loops off a centralized double-track trail winding through forests of hardwoods and pine. The three range ponds are home to native chain pickerel, white perch, and smallmouth bass, as well as stocked brown trout and largemouth bass. 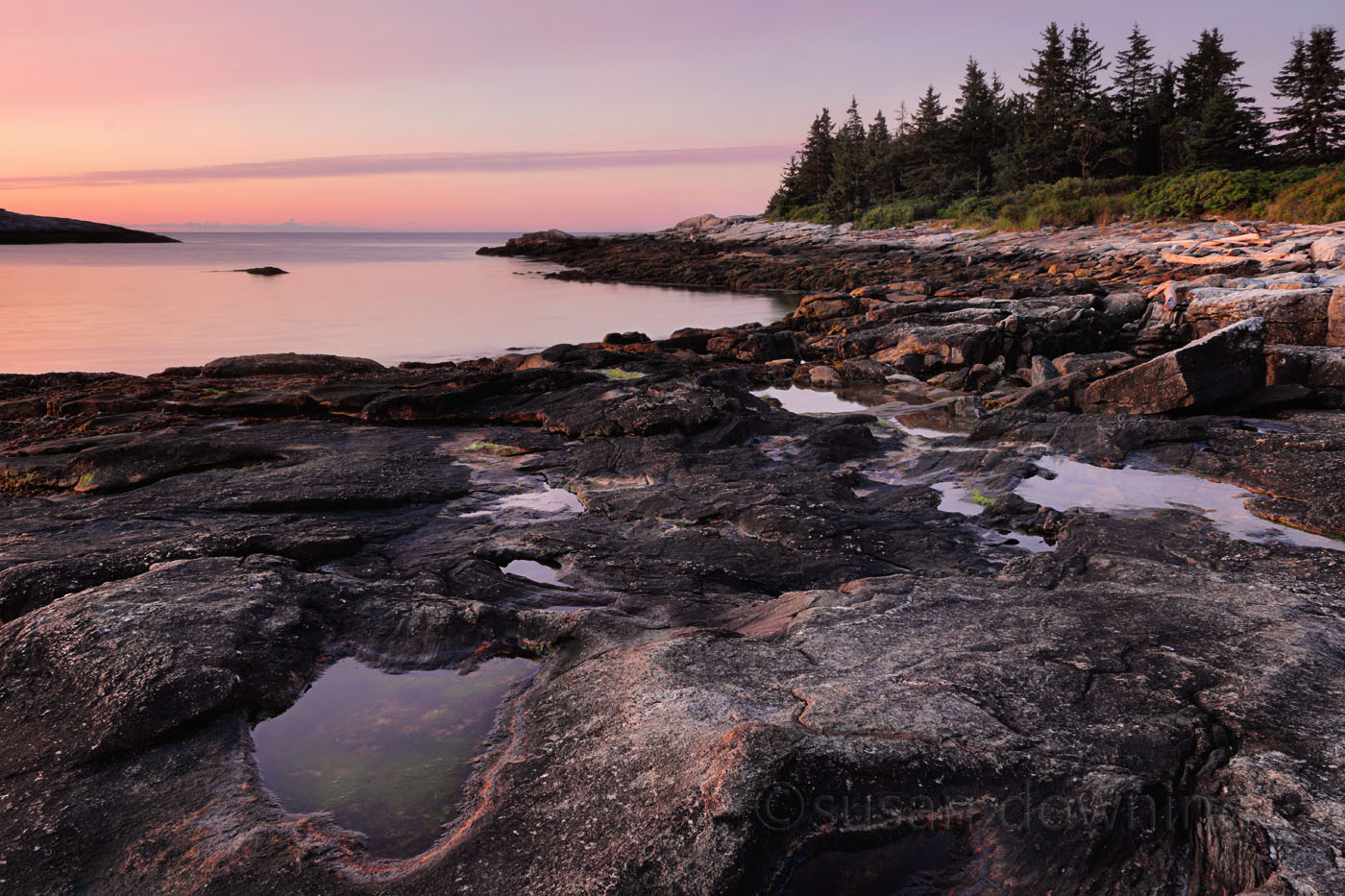 Reid State Park in Georgetown is Maine's first State-owned Saltwater Beach. Lined with abnormally large sand dunes, the expansive beaches at the 770-acre park provide nesting areas for endangered least terns and piping plovers, and habitats for migratory seabirds. From the top of the rocky Griffith Head, visitors can take in brilliant horizons of dramatic seascapes with several islands and the Seguin Island, Cuckolds, and Hendricks Head lighthouses in view. 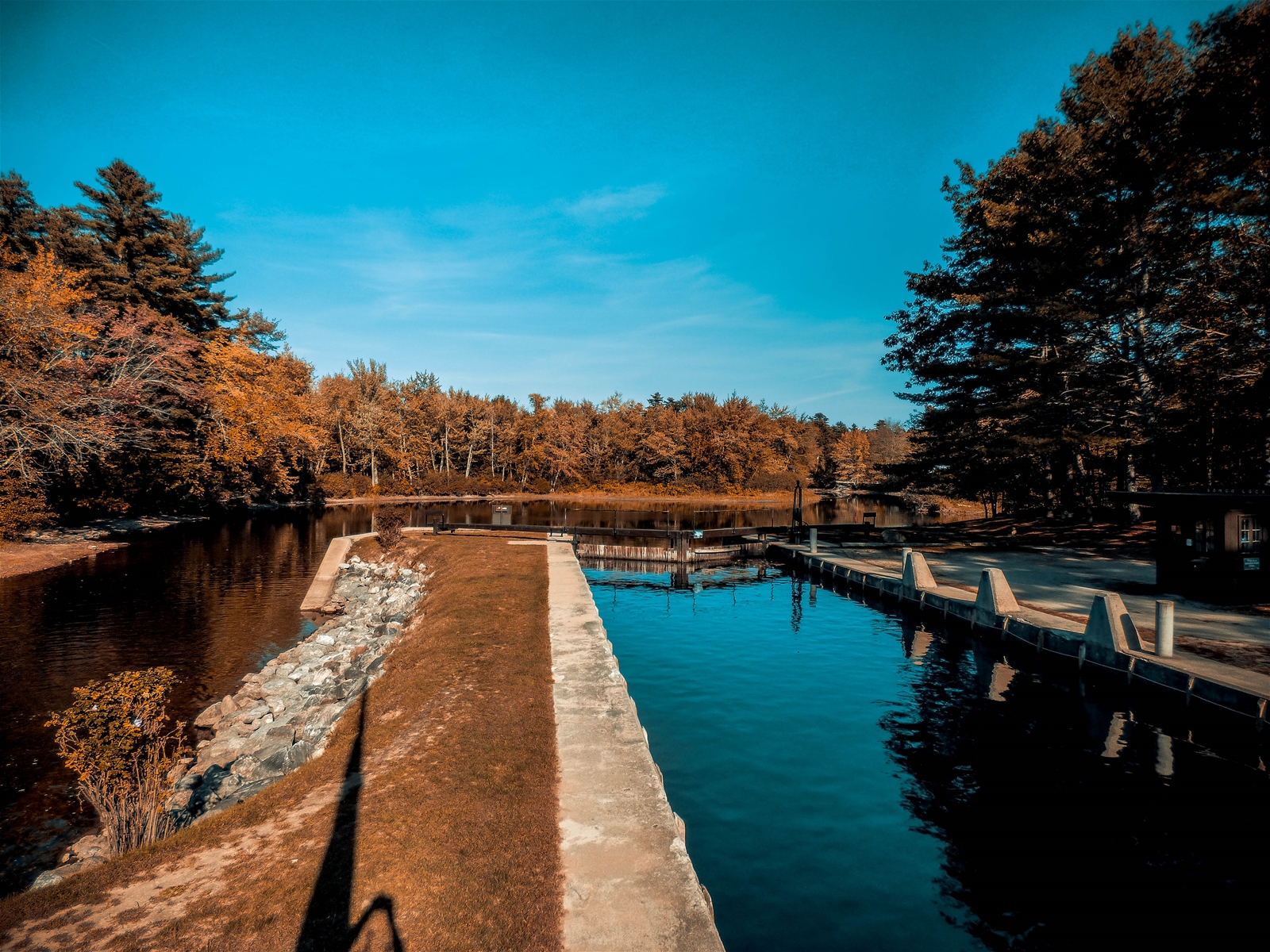 Sebago Lake State Park opened to the public in 1938 as one of Maine’s five original state parks, nestled on the shores of the state’s deepest and second largest lake. The park's 1,400 acres offer sandy beaches, dense woodlands, ponds, bogs, a river, and diverse habitats for an array plant and animal life at the foothills of the White Mountains. Park visitors enjoy swimming, fishing, hiking, biking, watersports, and boating situated along the 45 square mile Lake Sebago. Sebago Lake State Park is also home to a 250-site campground. The park is divided into east and west sections by the Songo River.

Two Lights State Park is a popular destination named for its neighboring twin lighthouses (the first twin lighthouses on the coast of Maine). Welcoming Maine residents and visitors since 1961, the park occupies 41 acres above the rocky coasts of Casco Bay and the Atlantic. Ocean-facing picnic areas and shoreline hiking trails provide unparalleled views of the vast waters and Portland Harbor. In addition to its legendary rocky headlands, the park includes the remnants of a World War II–era seacoast battery bunker and a fire control tower. 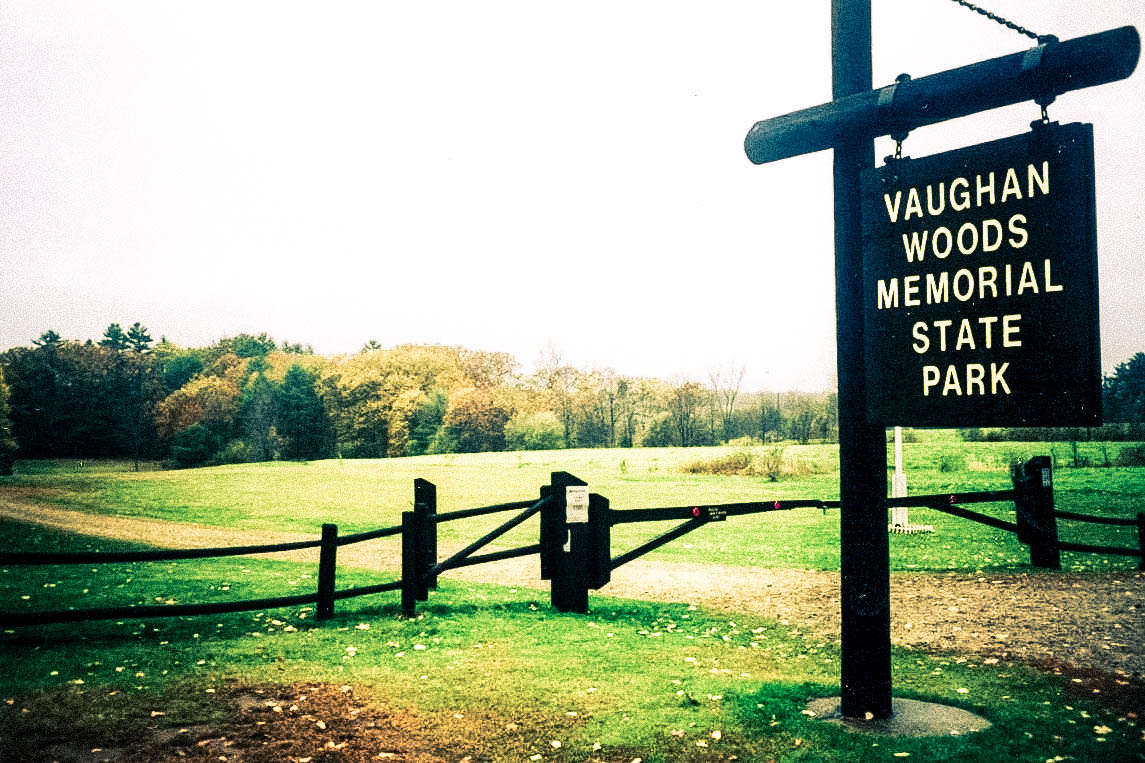 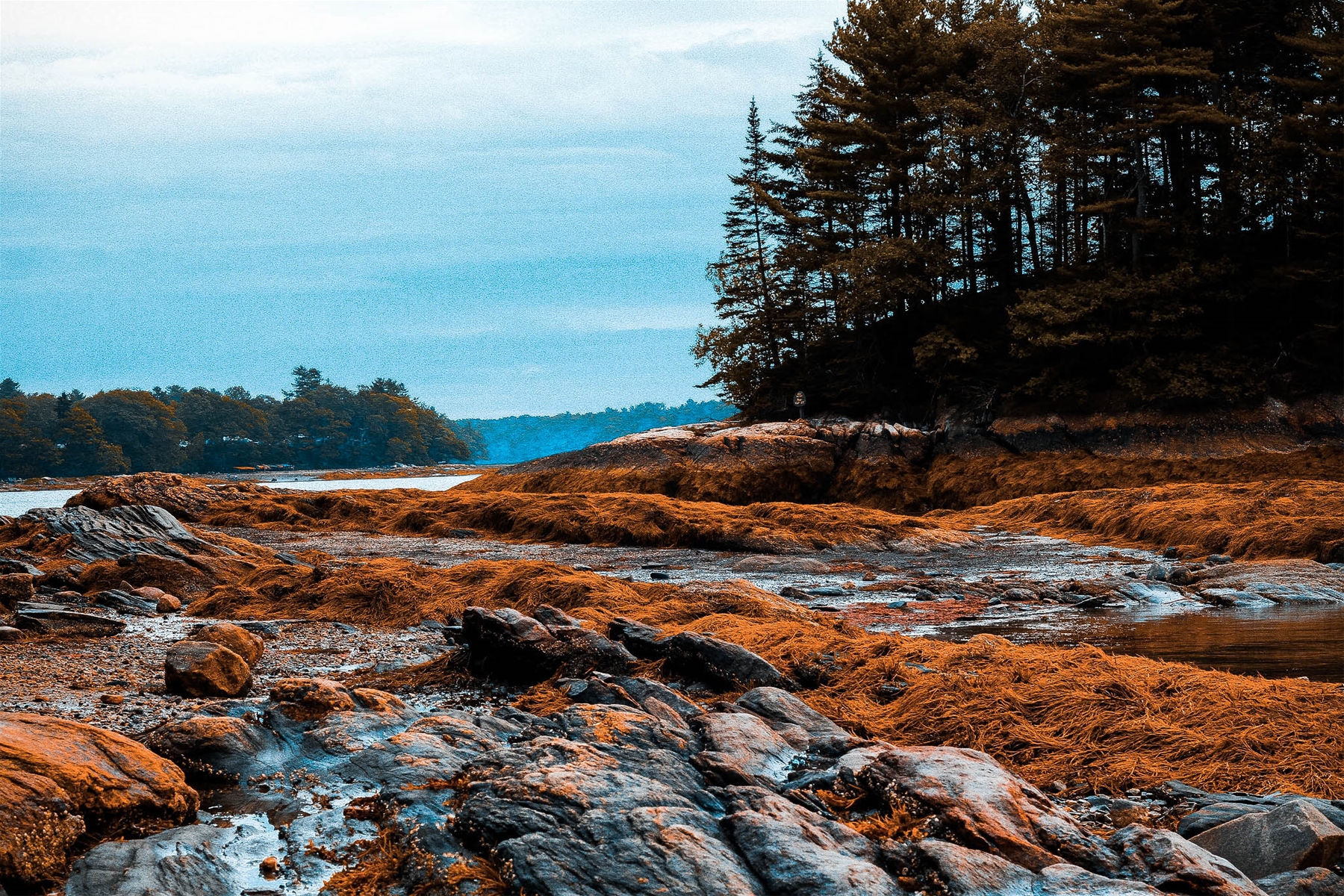 Just minutes from the bustling center of Freeport, Wolfe's Neck Woods State Park is home to vast fields, salt marshes, and forests of white pine and hemlock.spanning the rocky shorelines on Casco Bay and the Harraseeket River. Famous for flocks of migratory ospreys who nest on nearby Googins Island before their annual journey to South America in the fall, the park offers unique, educational, guided tours through the breeding grounds and trailways (including the ever-popular Casco Bay Trail) as well as the option of self-guided exploration.

If you plan to continue your adventures throughout the state, consider these state parks, located in the central to northern regions of Maine.