New England's landscapes are second to none, speckled with endless coastlines, iconic lighthouses, epic mountain peaks, and sparkling horizons - and nowhere are these sights more prevalent than in Maine. Thriving ports and lively culture help to keep the coastal communities of Maine front and center, especially in the state's largest city - Portland.

Situated on a peninsula in the Casco Bay, Portland is known for its growing culinary scene, original breweries, storied history, vibrant coastal lifestyle, and outdoor recreation. The scenic surroundings and diverse terrain of the southern Maine region set the stage for unparalleled adventures both on land and on water. Kayaking, biking, golfing, and hiking are just a few of the ways to get out there and get fit while enjoying the best of Maine, but if you really want to kick it up a notch, hit the ground running on the best Portland trails!

Congress Street is the main street of Portland. Spanning east to west nearly 5 miles through the heart of the city's historic district, Congress Street traverses local neighborhoods, commercial segments, and the famed Arts District before ending at the Eastern Promenade Trail. The Congress Street run offers a tour of the area's prominent period architecture and the trendy hot spots of downtown Portland, as well as segments along the Stroudwater River Reservoir and Fore River. To connect to the Capisic Brook Trail, follow a path from Frost Street up to Riverview Street. Surface parking is readily available along Congress Street, as well as intersecting streets along the path.

The Eastern Promenade Trail is an iconic Portland centerpiece, and part of the East Coast Greenway trail spanning from Calais, Maine, to Key West, Florida. The 4.2-mile paved bayside trail follows an old rail corridor parallel to Casco Bay and Portland Harbor for exceptional ocean views throughout. The generally flat, out-and-back trail can be extended into a loop through the Back Cove Trail from the Bayside connection at the end of the Eastern Prom. The 3.6-mile paved Back Cove segment is a popular choice for runners, featuring spectacular views of the Portland skyline and convenient access to multiple breweries, coffee shops, and retail boutiques. These urban trails are maintained by the City of Portland. Find the Eastern Promenade trailhead near the ferry terminal on Commercial Street, where metered street parking is available. To narrow your run to just the Back Cove route, parking lots are available at the Preble Street Extension and at Payson Park. 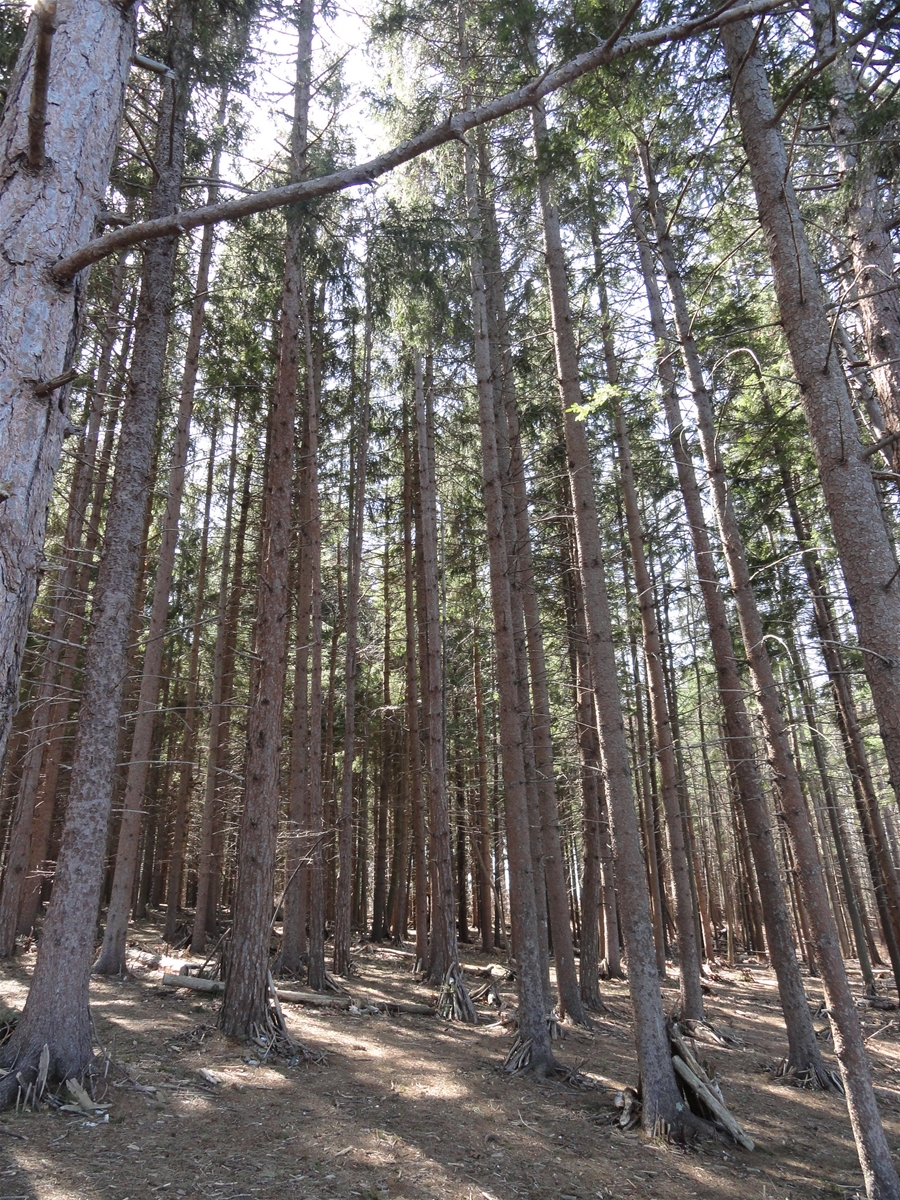 The Mackworth Island Trail features packed soil on oceanside paths covering a loop along the perimeter of the 100-acre island. Technically situated within neighboring Falmouth, Mackworth Island connects to Portland at the mouth of the Presumpscot River. Trailblazers can park at Payson Park, with the option to include the Back Cove Loop before crossing the river at Martin's Point Bridge to the island. The Mackworth Island Trail makes a fantastic island extension to the popular urban routes of Back Cove and Eastern Prom for a nearly 7-mile , combination experience. 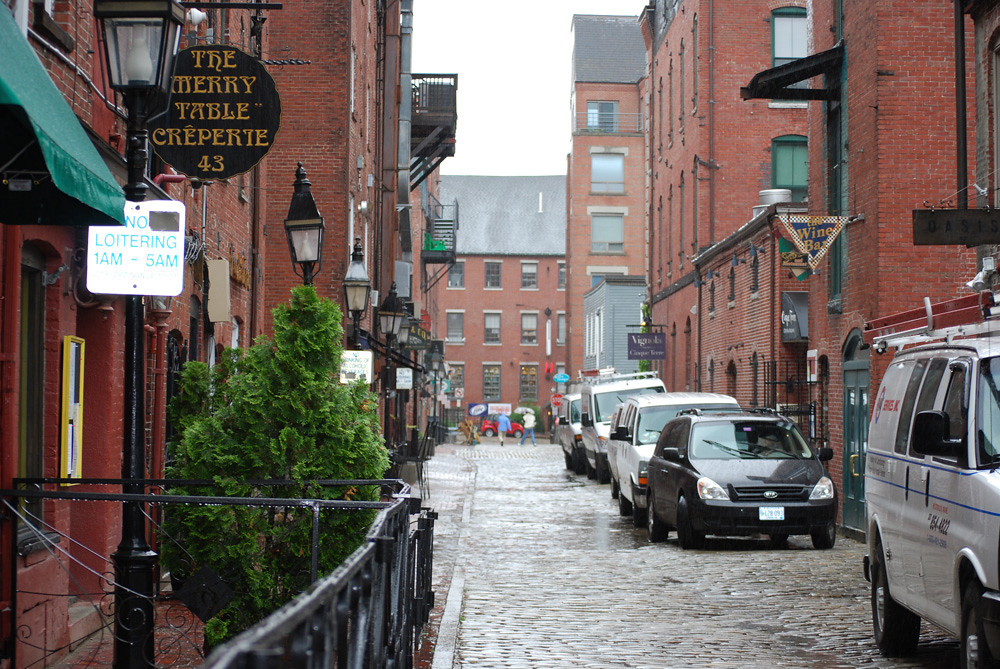 Take in the sights, sounds, smells, and charm of the Old Port District as you journey along the working waterfront past high-end boutiques, culinary treasures, and more. This short, 2-mile trail begins near the ferry terminal at Commercial Street, covering High Street, Congress Street, and Franklin Street to complete the loop. Venture off onto the bisecting cobblestone streets to further explore the Old Port District, and perhaps reward yourself with an original Portland craft brew. This route is ideal for a short, brisk run, or extend your trek by including a Congress Street stretch, or a jog down the Eastern Promenade Trail from the Commercial Street trailhead. Parking options are plentiful.

The ideal destination for a peaceful, family-friendly urban run, Portland's West End offers a 2.2-mile loop past some of the city's most celebrated landmarks and stately mansions, including the Victorian cottages of Bramhall Hill and the Western Promenade Historic District, where visitors are rewarded on clear days with views of New Hampshire's White Mountains from sloping wooded bluffs. Start your journey at Western Promenade Park, proceeding to Congress Street, State Street, and Danforth Street. One of Portland's oldest parks, the Western Promenade is set among 19 acres with miles of trails, park benches, picnic sites, parking, and more.

Embark on a 20-minute ferry ride from the coast of Portland to find Peaks Island, a residential community encircled by the waters of Casco Bay and the Atlantic Ocean. A 4-mile trail runs the perimeter of the island for a mostly flat, paved run through residential areas and across scenic shorelines. The trail begins just past the ferry dock, circling around from Island Avenue to Whitehead Street, Seashore Avenue, and Trefethen Avenue before returning back to the dock for the ferry ride back to the mainland. Peaks Island is also home to the annual 5-mile Peaks Island Road Race event, hosted by Maine Track Club.

To really experience a longer-distance beach run, you may want to include neighboring communities like Cape Elizabeth or Scarborough in your travel plan. You can even extend your day treks a little further to visit Old Orchard Beach or Ogunquit, but the Harborwalk Trail in Portland gives a nice taste of the sandy-run experience, with a couple uniquely-Portland highlights to enjoy along the way. This 6-mile trail connects the popular East End Beach to South Portland's Bug Light Park through a network of paved paths and bridges to the eastern end of the South Portland Greenbelt. Make it a 12-mile round-trip to maximize the run, or spend some time at either end of the path to continue your fun at the beach or the park. The Harborwalk Trail can also be used to access the Eastern Promenade and Portland's Old Port District. 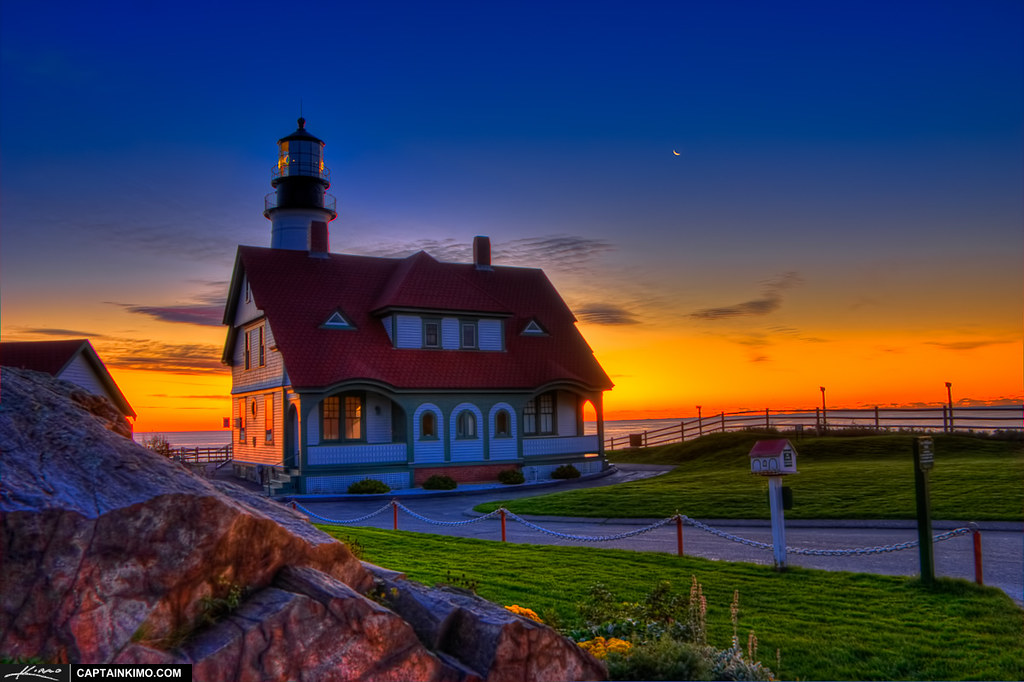 Just 8 miles south of downtown Portland, Cape Elizabeth is a waterfront masterpiece. Site of the annual Beach 2 Beacon 10K, this quaint suburb features winding roads with varied inclines and multiple alternate paths. A favorite option covers 6 miles from Crescent Beach State Park to Fort Williams Park and the legendary Portland Head Light. If you choose to make it a round-trip, veer off to visit Two Lights State Park before returning to Crescent Beach, for a total trip of just under 14 miles - not counting the excursions you'll undoubtedly discover along the way!

The southern coast of Maine extending from Portland includes even more options to hit the pavement while soaking up the healthy New England air. If you're looking to combine a little day trip with your run, consider venturing out to explore running trails in other nearby coastal communities. Here are a few suggestions:

Running Tips For Safety And Comfort

If you're planning your future visit from a distance, start warming up for your Portland run with this at-home workout from our friends at Fleet Feet!